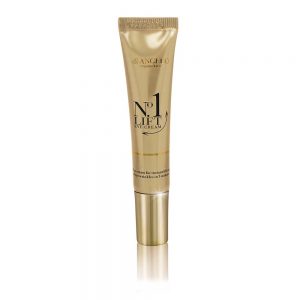 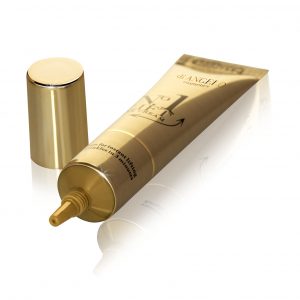 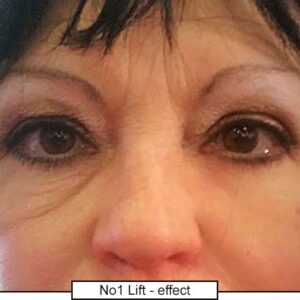 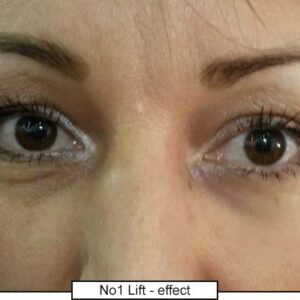 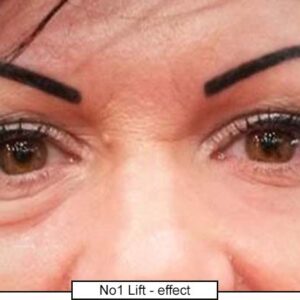 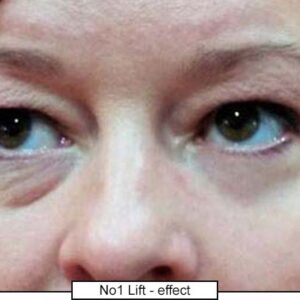 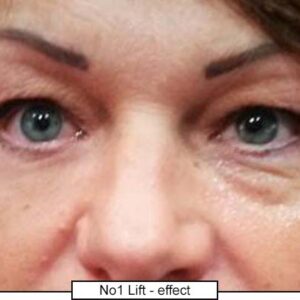 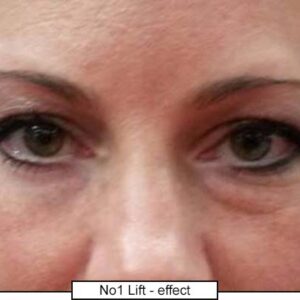 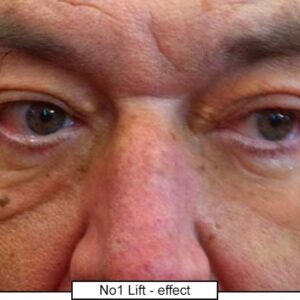 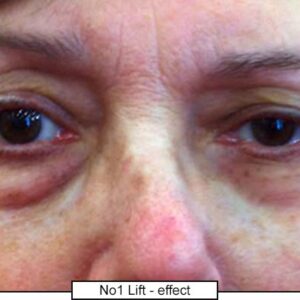 Rewind the time 10 years back

How does the No1 Lift cream work?

What else does the No1 Lift do for your skin?

No1 Lift is great helper inside your purse

Videos, that shows the 3 minute effect of the No1 Lift cream.

We’ve tried the No1 Lift cream for different types of people.

In the first video – we asked a random lady at a trade fair to record the No1 Lift effect on her wrinkles.

Take a look at the result, it is georgeous…

Palmitoyl Oligopeptide
The pair of peptides contained in the No1 Lift cream is part of the unique Matrixyl 3000 compound. The peptides have been identified as essential ingredients in state-of-the-art skin care and anti-aging. The palmitic oligopeptide stimulates the collagen production and promotes the natural production of the extracellular matrix substances such as hyaluronic acid. It is a mixture of palmitic acid with a number of other skin-positive amino acids.
Tetrapeptide 7
The second key essence of the Matrixyl 3000, Tetrapeptide 7, is composed of four amino acids that act to increase the skin elasticity, collagen, elastin and other proteins to help fight wrinkles and skin aging. Studies have shown that the Tetrapeptide 7 has a positive effect on connective tissue growth and skin firming. It also affects the skin rejuvenation. For these positive properties you can find it in the No1 Lift cream.
Hydrolyzed Collagen
We don’t have to introduce collagen. It is important for strengthening the tissue and it increases its elasticity. The supply of collagen absorbed directly into the skin rejuvenates the tissue and increases its firmness. The collagen in the No1 Lift cream helps to strengthen the skin and to naturally reduce wrinkles. It also contributes to increasing its flexibility.
Sodium Hyaluronate
Due to its effects, hyaluronic acid is probably the most popular cosmetic element nowadays. Its ability to hydrate and improve the tissue is incredible. Similarly, its effects on skin rejuvenation are phenomenal. In the No1 Lift cream, we use low molecular hyaluronic acid especially for its ability to penetrate deep into the cell tissue and bring to it the hydration and other added ingredients. It makes our cream more efficient because it works exactly where it should.
Sodium Silicate
In cosmetics and personal care products, sodium silicate is used, for example, in skin care, hair dyes, decorative cosmetics, or oral care products. It has great anti-wrinkle and skin-smoothing properties, which is why we also used it in the No1 Lift.
Magnesium Aluminium Silicate
Magnesium aluminium silicate is a purely natural cosmetic ingredient of mineral origin. It is obtained from clay that is mined, then washed and ground into smaller pieces. Since its molecules are naturally large even after grinding, they do not penetrate the skin, irritate it, or clog pores. Magnesium aluminium silicate is a natural thickener that helps shape the gel structure of the No1 Lift. Thanks to it, the No1 Lift has an opaque colour, smooth consistency, and the right viscosity. It facilitates the absorption of the caring substances into the skin.
Cellulose Gum
Cellulose is a naturally occurring component in plant material characterized by fine fibres. Most often it is obtained from wood pulp or cotton. In pharmacy, it is added to the eye drops for relief of dry and tired eyes. In the food industry, it can be found in various gelling mixes for making marmalades or children’s rubber candy or ice cream. In the No1 Lift, we use it as a binder and to soften the structure. It is also suitable for vegans.
Glycerin
Glycerine has been used in cosmetics for many years; even our grandmothers were wearing cotton gloves impregnated with glycerine to soften the skin of their hands. It is one of the most used elements in cosmetics, especially for its moisturizing and emollient properties. It occurs naturally in the human body. In the No1 Lift cream, we take advantage of its ability to help other ingredients get into the skin faster. It then helps to maintain good hydration.
Butylene Glycol
This element is one of the preservatives of our cream. It takes care of slowing down the moisture loss and increasing its long-life. It is also used in cosmetics due to its positive effect on improving the appearance of the skin and increasing its elasticity. We take advantage of all its properties in the No1 Lift cream.
Carbomer
This ingredient is one of the most widely used elements in cosmetics for its ability to increase the viscosity of products. It is therefore essential for maintaining the serum and its longer life. It also helps to maintain balanced skin hydration.
Polysorbate 20
Polysorbate 20 is a synthetically produced substance – although its origin is in nature; due to a very long and repeated derivation and compounding of several substances, it is a synthetic cosmetic ingredient. It is a surfactant, used primarily as an emulsifier because it mixes oil with water. In the No1 Lift, we use it to improve skin permeability and to help to absorb the active ingredients of the cream. Last but not least, we use it for its mild soothing effects.

Apply a very small amount of cream to each eye area, do not dab it in, just smooth on a thin layer.

In this case, the rule is “less means more”.

For about 3 minutes do not grimace, the cream must be absorbed evenly. Within 2 minutes, you will see the skin tightening and the wrinkles disappear. Make up and apply concealer or make-up. In the evening, wash off the No1 Lift cream or remove it with the usual make-up remover.

If a white “film” or fine white crystals has formed on the spots where you applied the cream, then you have applied too much of the No1 Lift cream. In this case, wipe off the cream with a damp cloth or wash it off with water and apply again, this time a smaller amount.

How come the No1 Lift cream acts immediatelly?
No1 Lift cream has a unique composition; it is absorbed into the upper layer of the skin, which is smoothed by the special ingredients of the cream. Basically, it forms an invisible film that evens out any unevenness – wrinkles.
Is the No1 Lift cream suitable for pregnant or brestfeeding women?
Of course. Frankly, we think that pregnant or breastfeeding women have other worries than a couple of wrinkles, however, the No1 Lift cream does not contain any harmful ingredients, so it’s safe to use for everyone.
Is the cream’s effect permanent?
No. No1 Lift cream is an effective product and keeps the skin smooth and tight for about 5-8 hours. The softer the skin, the longer the effect lasts. It is, however, possible to remove the cream, reapply and thus elongate the duration of the effect.
For how long have you been on the market?
We developed and started selling the No1 Lash serum in 2010, No1 Lift cream followed a year later, so it has been sold for over 7 years now. We closely follow the European competition, and, on the continent, our product is probably the only effective product of its kind.
I am 30 years old and I have bags under my eyes, does No1 Lift cream work for that too?
Yes. No1 Lift is powerful enough to smooth out the bags and dark circles under the eyes. It works for people of any age, so don’t be afraid to try it out. It is essential to remove makeup thoroughly and dry the skin well before applying the No1 Lift cream.
A white film formed on my skin after the application, what do I do?
As we state everywhere, less means more in this case. Just a very small amount of the cream, roughly the size of half a pea, is applied on thoroughly cleaned and dried skin. It is enough for both eyes. If you use too much of the cream, it cannot absorb properly in the skin and it can dry on it and form a white film. If this happens to you, it is better to clean your skin with a wet cotton ball and start over with a smaller amount of the cream.
Can people with sensitive skin use the No1 Lift cream?
Yes. Cream has been used by people with sensitive skin and no allergic reactions were reported. Of course, we cannot exclude any reaction at all, but so far, we have not encountered any.
What size does the No1 Lift cream come in?
No1 Lift cream package contains 20ml. A really small amount is used (less is more in this case) so it usually lasts for up to 6 months of everyday use.
Does No1 Lift cream also work on forehead wrinkles?
Primarily, No1 Lift cream was created to smooth out perfectly the wrinkles around the eyes. It can work for people who have very soft skin on their forehead, but we cannot promise it to all our customers. It is really the cream for immediate smoothening of the wrinkles around the eyes.
Do I need to use the No1 Lift regularly?
You can but you don’t have to. If you use it daily, it acts against the wrinkles, strengthens the skin, and, apart from its short-term effect, when it erases wrinkles perfectly for 5-8 hours, it also has a long-term effect against the aging of the skin. Of course, you can only use it in those days when you want to look a few years younger.
Can I somehow enhance the No1 Lift cream’s effect?
If you first apply a thin layer of a low molecular hyaluronic acid on a clean skin, preferably our No1 Gold hyaluronic serum, and then the No1 Lift cream, the effect is a bit better and it lasts longer. The No1 Lift cream and No1 Gold serum is very effective.

There are no reviews yet.

Be the first to review “Instant wrinkle lifting cream No.1 Lift” Cancel reply

Welcome in our shop. Your orders will be completed within 5 working hours. Dismiss